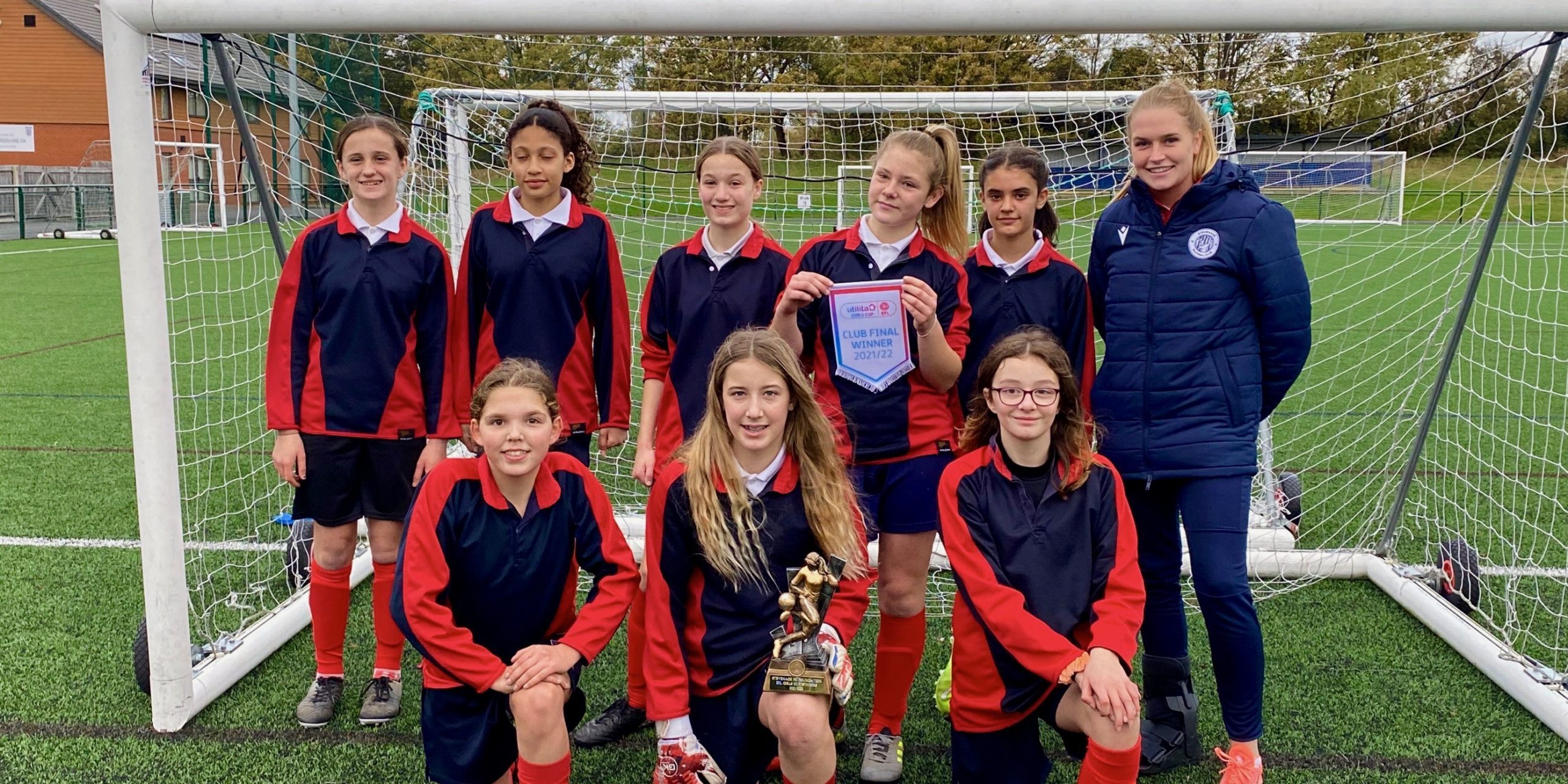 On Friday 19th November, Stevenage FC Foundation held the local round of the EFL Trust’s Under-13 Girls Cup at the Hertfordshire FA. Ten teams competed to win and progress to the area finals where they will represent Stevenage FC.

The tournament started with two groups of five, each team playing each other once to determine the final standings. In Group 1, Simon Balle progressed as the winners with 8 points and in Group 2, Thomas Alleyne made it to the final.

Also progressing to the quarter-finals were both the teams from Nobel as well as Chauncy, Barclay, John Warner and Monks Walk. After some competitive games we moved into the semi-finals, where Monks Walk, Barclay, Simon Balle -and Thomas Alleyne played it out for a place in the final. Both semi-finals ended in a penalty shoot-out whereby Barclay and Thomas Alleyne made it to the grand final.

The final ended 3-0 to Thomas Alleyne. The girls were presented with the EFL Girls Cup local round trophy by Stevenage FC Women’s captain Lucy Webster.

Thomas Alleyne will now represent Stevenage FC in the area finals which are taking place in January at Swindon Town.