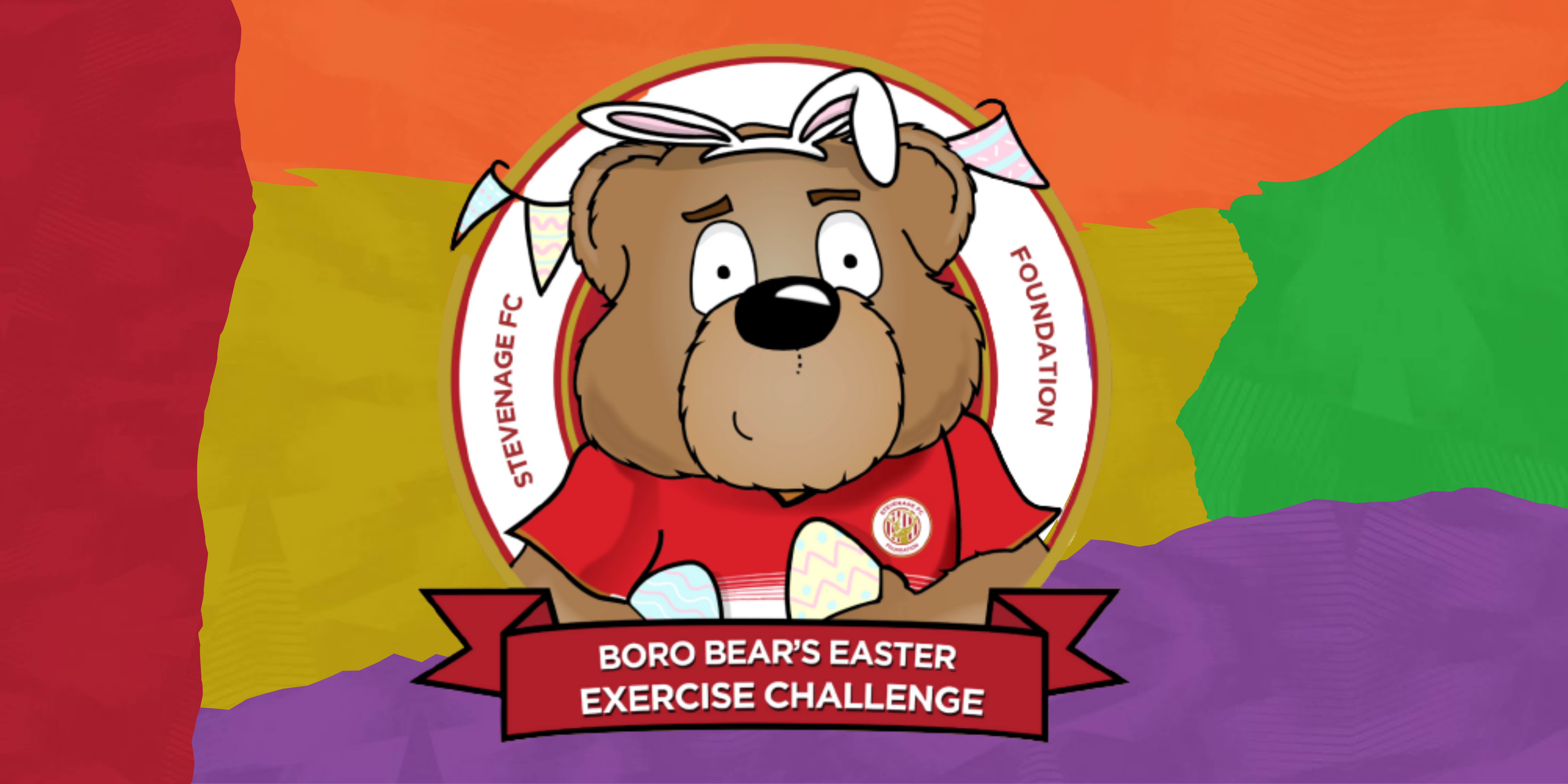 Throughout the Easter holidays, the Foundation’s Education team ran Boro Bear’s Easter Exercise Challenge! Boro Bear filmed five videos of him demonstrating five different exercises, suitable for all ages. We challenged the pupils of over twenty-five partnered schools to watch all five videos and get active by copying Boro Bear. At the end of each video, Boro Bear revealed a letter, which after all the clips, could be rearranged to spell an Easter word. The children had to rearrange the letters and submit what they thought the word was via our website. The word was… bunny!

After many entries, including an entire school, we have drawn our winners who have won some exciting Stevenage FC merchandise and match day tickets! Boro Bear’s exercise videos can be found on YouTube. They have a combined total of over 180 views, meaning Boro Bear has helped almost 200 children to stay active. The challenge also got over 1000 views on TikTok, which you can view here.