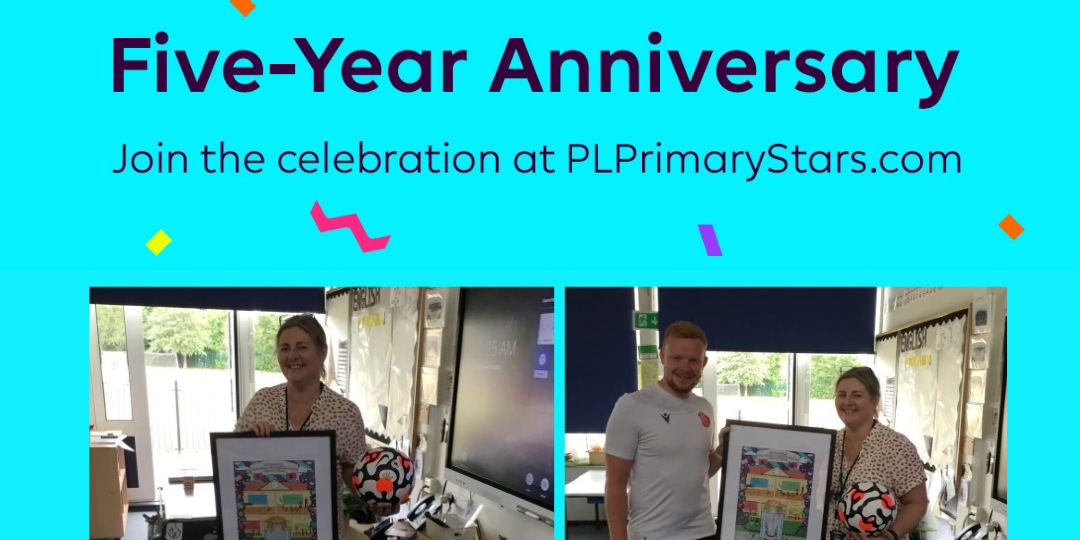 Premier League Primary Stars provides teachers and parents with free downloadable resources across a range of curriculum subjects at Key Stage 1 (age 5-7) and Key Stage 2 (age 7-11), developed by teachers for teachers, and in collaboration with experts such as the National Literacy Trust and the PSHE Association. Currently 105 professional football clubs from across the leagues run in-classroom Premier League Primary Stars sessions in local schools. More than 58,000 teachers have signed up to access free online national curriculum-linked resources.

“We launched Premier League Primary Stars five years ago to support teachers and use the power and popularity of football to inspire children in the classroom and on the sports field.

Clubs do fantastic work to support children’s learning and we are very proud that this national education programme now engages more than 18,500 primary schools in England and Wales.

Congratulations to all those who have been recognized as a Premier League Primary Stars Superstar, as part of the five-year anniversary celebrations, and thank you to all those involved in the programme over the years.”

Contact Daryl Smith for further information or if you would like to speak with Stevenage FC Foundation about their Superstar.

@StevenageFC @StevenageFCW @borofoundation @_danitoyn great to hear from partners at Stevenage FC in how they are committed to supporting #HertsUnitedAgainstAbuse and The Hertfordshire Domestic Abuse and Violence Against Women and Girls Partnership. And @louise__marron

Our judges have been hard at work this week, choosing their favourite Christmas Cards from the amazing entries to this year’s competition! 🎄

🎅Thank you & good luck to everyone who entered their design!

We will be announcing winners very soon 👀

Our Christmas Soccer Camps are back! 🎄

Come and join us at Hertfordshire FA, Letchworth for 4 days of festive football fun ⚽

We can’t wait to see you all there!