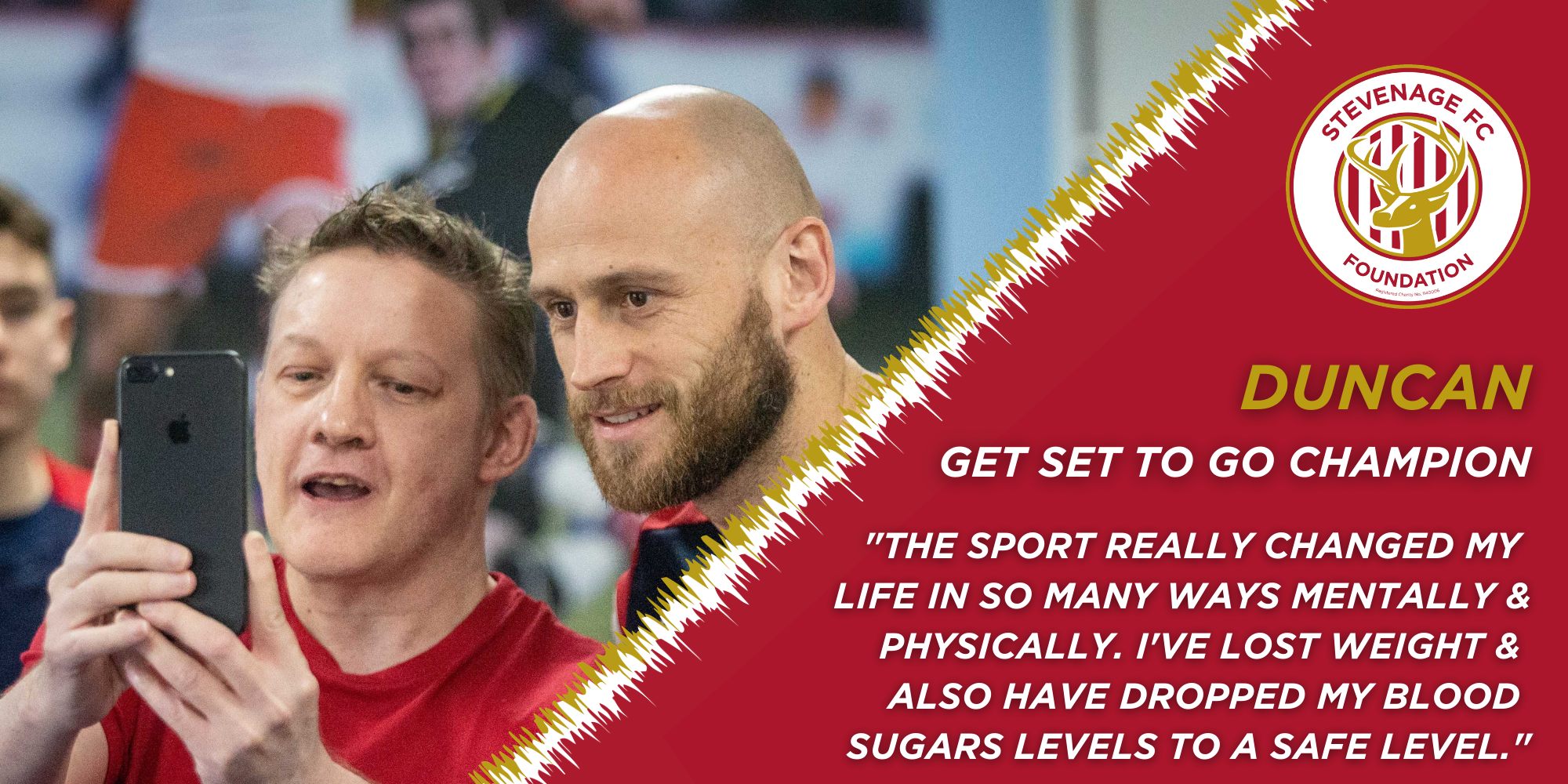 “The best thing I could have done was getting in contact with Mind in Mid Herts, as I wanted to be more active to lose weight and get my blood sugars under control.

“Thanks to seeing a poster for swimming on the door at the Stevenage Wellbeing Centre I started a ten-week swimming programme which helped to give me my confidence back.

“Towards the end of those sessions the Get Set to Go Coordinator, Callum, told me about the possibility of doing walking football and I jumped at the chance as it was with my local football league team Stevenage FC and in coordination with their wonderful Foundation team.

“The sport really changed my life in so many ways mentally and physically. I have lost weight and also have dropped my blood sugar levels to a safer level. Mental health is just as important as physical and there should be no shame I saying ‘I think I need help.’

“A massive thank you to everyone involved with Mind, Get Set to Go and Stevenage FC Foundation, you really have changed my life for the better.”