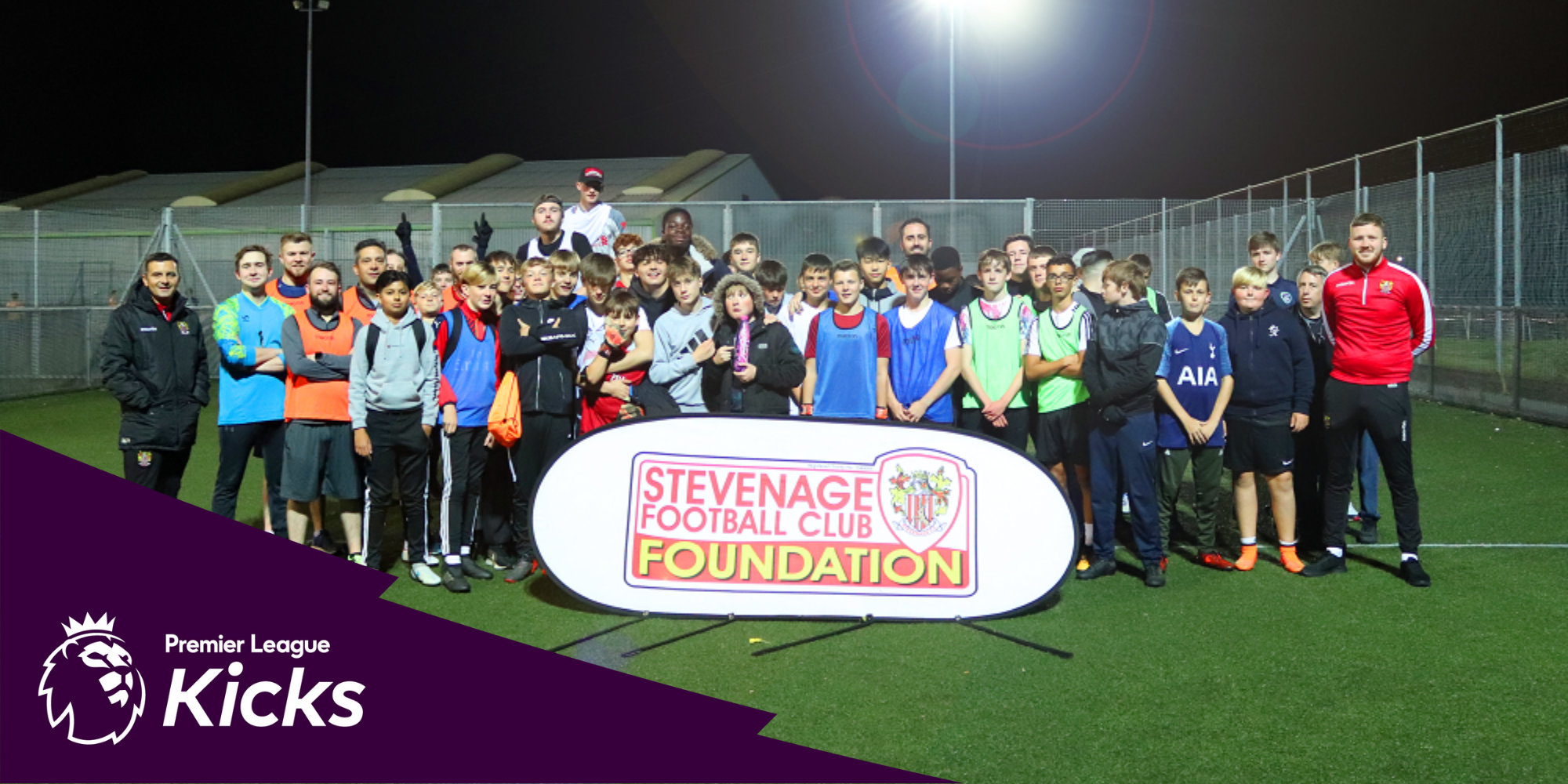 The Kicks programme has been running in Welwyn Garden City at Gosling Sports Park for the past 12 weeks, engaging with young people age 14-19 between 8pm-10pm every Friday night. The programme is used as a tool to engage with young people in a constrictive and positive playing environment that is open to anyone from all walks of life and all abilities. Once engaged in the programme, participants are then able to offer pathways into playing, coaching and volunteering.

To celebrate the end of our 12 week programme the Foundation hosted a small sided tournament that saw 60 young people attend and play games alongside the local police force and a team from the local YMCA.

On the night 9 teams took part across 3 pitches at the Gosling site with plenty of goals, penalty claims and game time. All played in fantastic spirit and a great way for the Foundation to kick off the PL Kicks season with an in-house tournament at our the latest PL Kicks satellite hub.

“The tournament was a great success and a great way to end a positive 12 weeks’ worth of engagement in Welwyn, where we have got to know lots of new faces and this was the perfect way for rewarding them for their attendance and behaviour over this time.”

The project received further good news as the Welwyn session recently been rewarded £15,000 in funding from Sport England and Welwyn Hatfield Council, to continue and develop the programme over the next 12 months.

Ozzie Willis reacted to the funding:

“The funding we have received has been a great testament to the strong partnership work between several agencies to offer a recognised programme with proven success. We have a fantastic Premier League Kicks programme running in Stevenage, now we are looking to mirror image that success in Welwyn and build upon a fantastic twelve week summer period and tournament. We are all really excited about the future for Kicks in Welwyn and the opportunities available to young people in the area off the back of it.”

The funding will now be used to continue delivery on a Friday night as well as running workshops on topics such as knife crime, alcohol and drug awareness, gangs, sexual health and more. Additionally, PC Wicks and PSCO Randall from the Welwyn Hatfield Safer Neighbourhood Team will be taking their FA Level 1 Coaching certificate to allow them to support the ongoing delivery at Gosling.

“We aim to provide engagement with participants on the Kicks programme, delivering key messages around safety & sign post youths to Gosling on a Friday night that may divert them away from anti-social behaviour, crime or gang activity. The area has experienced high levels of anti-social behaviour involving the young community and as a partnership I feel positive projects such as Kicks will assist in diverting young people away from such behaviour and as an organisation and as a partnership we will support in any practicable capacity”

“It’s been great to see young people having a good time on Friday nights at the Kicks sessions and the recent mini tournament was a fine way of building good relationships with the Police. This weekly event has grown over the summer and we’re really proud to be part of it alongside Stevenage FC Foundation and Hertfordshire Police.

There will be a lot of development on this project within the coming months so if you’re under 18 and enjoy football, do keep a look out for updates via SFCF Facebook site and website”