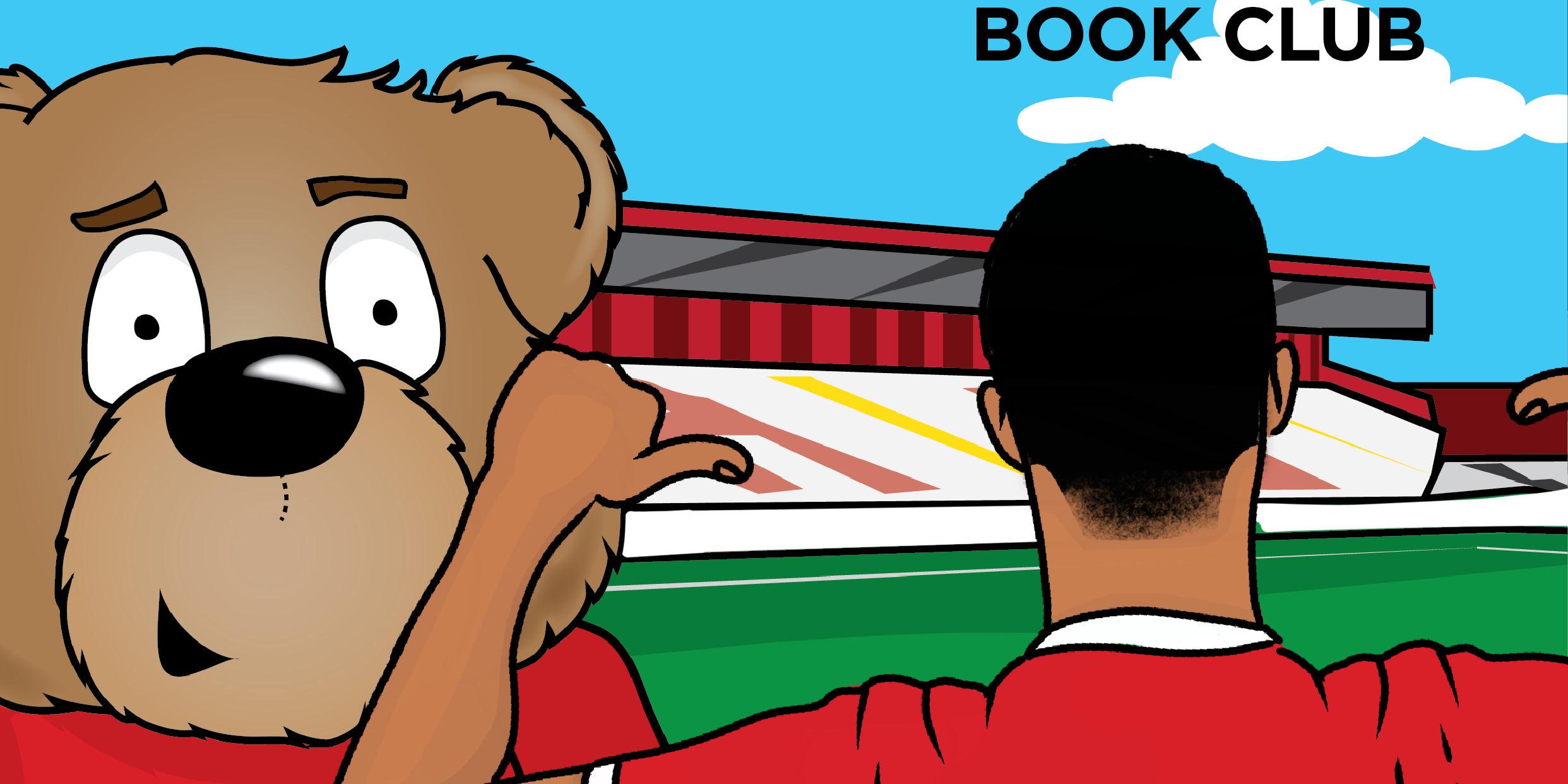 Boro Bear woke up on a lovely Saturday morning and went downstairs to watch TV. He sat on the sofa and started to watch the news. The Prime Minister, Boris Johnson, was about to make an announcement.

“Everybody”, began Boris Johnson. “I have some good news. Lockdown is over!”

“Yeah!”, cried Boro Bear, jumping up and down excitedly.

He decided that he wanted to celebrate by doing something fun – like having a big day out. Boro Bear made a list of fun things he could do; then, he thought of going on holiday somewhere nice.

“I know!”, said Boro Bear. “I’m going to go on holiday to Portugal!” Boro Bear packed all his things and then he took a taxi to the airport. The flight from London to Portugal took two hours.

Finally, he was there. Boro Bear wandered around, wondering what to do.

Then he remembered that he’d packed his football in his suitcase! He got out his football and started kicking the ball around.

After about ten minutes of kicking the ball around, he noticed that a man in a football kit was heading his way! And he looked awfully familiar…

Then, as soon as the man stepped out of the shadows, Boro Bear instantly recognised him. It was his favourite football player ever – Cristiano Ronaldo!

“Hey! I know you! You’re Boro Bear, the mascot for Stevenage! I love you!”, Ronaldo replied.

Ronaldo looked at Boro Bear. “Do you need someone to play with?”, he asked.

Boro Bear knew what Ronaldo meant. He wanted to play football with him! This was Boro Bear’s dream come true!

He jumped into the air and shouted “Yes!”

So, he and Ronaldo spent three whole hours playing football in the town square. Ronaldo even taught Boro Bear a few tricks! Boro Bear was so happy!

After a while, Boro Bear said that he was tired and said he needed a drink. He opened his suitcase and took out a can of Coke. Just as Boro Bear was about to take a sip of cola, Ronaldo yanked the can out of his hands and said “No Coke! Drink water”. He gave Boro Bear a bottle of water instead.

A few minutes later, Boro Bear and Ronaldo walked around the town square and talked together.

Then Ronaldo said, “Boro Bear, come. I have something to show you”. Boro Bear didn’t know what Ronaldo wanted to show him.

“My friend, there is a match coming up. Would you like to play with us?”

Boro Bear and Ronaldo walked to the stadium. In the changing room, he looked in his suitcase for his football kit he’d brought along with him. He put it on, and soon, they were on the pitch, playing football together. They passed the ball to each other, scored loads of goals and in the end, they won!

Boro Bear was so happy that he decided to then ask Ronaldo something.

“Ronaldo?”, asked Boro Bear. “Would you like to come with me back to England to the Stevenage Lamex Stadium?”

Ronaldo thought about it for a moment before replying, “Sure!”

It took two hours to fly back to England, but they were at the Stevenage Lamex Stadium in no time! Boro Bear ran onto the pitch to be the mascot for the match. And when Ronaldo scored, he ran to Boro Bear and they both jumped into the air in celebration and shouted “Siii” and they won the match. Again!

This really was Boro Bear’s big day out!